Ulaga unleashes his marvelous past

Narayanaswamy Ulaganathan ascended from the by lanes of  Gowthampuram to the Mecca of football in the early 70’s. He carried forward the legacy of Kannan and Arumoynaigam with élan. 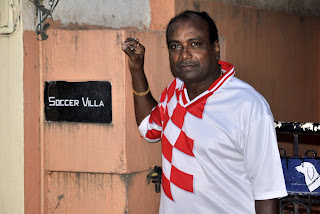 Not only did he play with much success for a decade, also, he won the heart of million football lovers, which to Ulaga’s surprise is still intact.

Ulaga came down to his hometown Bangalore after retiring from the game. Blame it on the unconditional love he got from the fans in Kolkata or his better half hailing from the same city, he fancies himself close to Kolkata than to Bangalore.


s that the primary reason that abstained Ulaga from getting involved in the game? Well, the buzz doing round in the Bangalore football circle is that, he is barely interested in developing the standard of football in Bangalore and only seen when the Kolkata majors Mohun Bagan and East Bengal comes to play here. 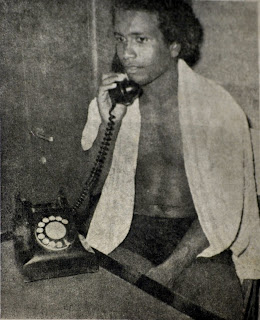 Homesick Ulaga - talking to his
folks in Bangalore daily for hours,
in the era of Trunk Call Booking Service
That might not be all that true. After all he was a senior marketing executive in a pubic sector company and that his pattern of job kept him busy all these years. Now, that he called his day from the job (Ulaga retired from his job a couple of weeks back), he is seen teaching kids in the neighboring ground next to the Bangalore East railway station in the morning.


Ulaga hope the kids who apparently come from a poor background learn few tricks of the trade and apply them in the competitive genre. Not to forget imparting knowledge to his own club, Bentex, a BDFA C-division team.
Posted by diegostrikes at 9:30 PM