The national coaching camp for the U-19 girls national team got started from Monday, September 10. The camp will conclude next month, Thursday, October 18. This Camp is aimed at preparing players for the upcoming U-19 AFC Asian Cup, which is commencing on October 20, 2012.

The Camp is attended by 45 girls who will train under Shukla Dutta, Coach, Priya PV, asst. coach) and Chitra Gangadharan, goalkeeper coach.

The trials for selections took place from August 3 to September 9. Likewise, national coaching camp of U-16 Girls, for the preparation of AFC U-16 Asian Cup 2013, Qualifiers Round1 from 6th to 10th November 2012 at Sri Lanka, will be starting from 16th September to 4th of November 2012 at SAI Centre, Gandhi Nagar. 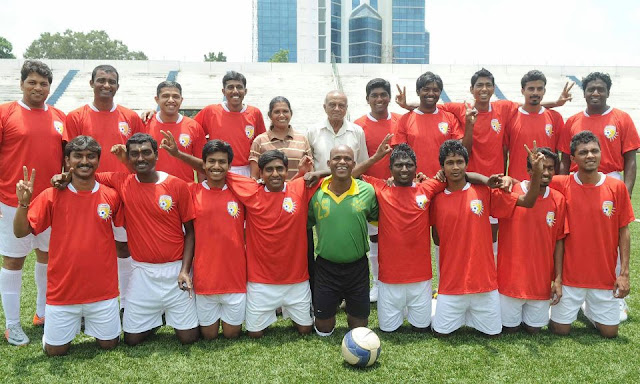 Posted by diegostrikes at 5:57 PM

Email ThisBlogThis!Share to TwitterShare to FacebookShare to Pinterest
Labels: Bangalore football, U-19 National