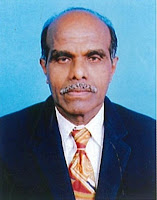 Jairaj was suffering from heart ailment and was hospitalized in Philomena Hospital since last 10 days. He hailed from Kannur and joined BEL in 1962. During the playing days of 60s, Jairaj played as a half-back for Kerala as well as Mysore. He represented Kerala in Sait Nagjee Trophy, Vital Trophy, Maman Pillai Trophy.

He was a KSFA life member and served in KSFA’s governing body. Also, Jairaj served BDFA in various capacities.

He left his wife, two daughters, and a son. His body kept in his house opposite to the Bangalore Football Stadium.

Jairaj's cremation will take place at Wilson Garden Electric Crematorium tomorrow at 11 am. 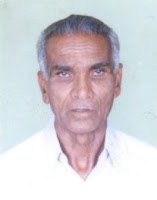 Babani, popularly known as captain died owing to old age. He was a popular footballer in the 50s and turned out for Mysore and several Bangalore-based football clubs like Jupiter Club, Bangalore Kickers.

Also, Babani served as a president of Jupiter Club for many years.

KSFA and BDFA today condoled the death of these former footballers.
Posted by diegostrikes at 9:59 PM