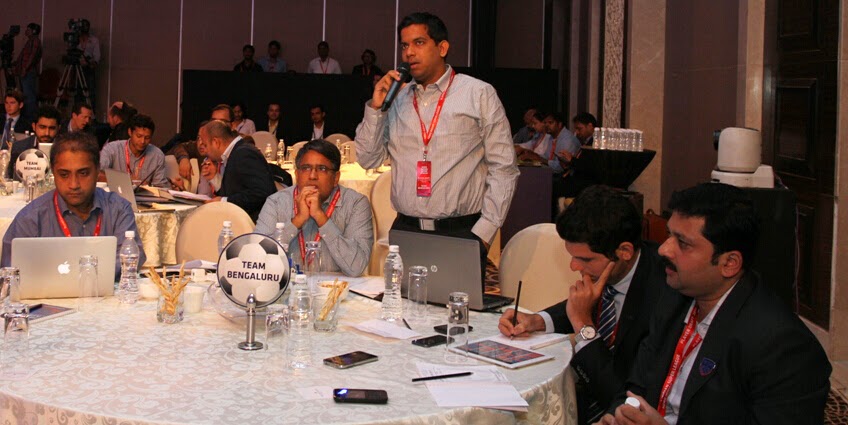 A close look at the picture of day 1 of Central Domestic Player Draft of the Hero ISL would reveal that the two gentlemen on the right side are none other than Bengaluru FC COO Mustafa Ghouse and chief consultant Mandar Tamhane.

So, what are they doing here?

JSW, on Tuesday, announced that they would be getting into a technical tie-up with Sun Group's Bangalore team of the Indian Super League (ISL) for the inaugural season.

“The tie-up is purely a technical one and does not involve players and coaching staff from Bengaluru FC. The second year could see us getting involved in a much bigger way. This is in line with JSW’s endeavour to promote Indian football,” said Mustafa Ghouse, COO of Bengaluru FC.

Posted by diegostrikes at 9:45 PM