Kemp FC start KWL campaign with a big win, Misaka too off to a perfect start

Kemp girls scored the first goal in the 3rd minute of the game and kept scoring at regular intervals. They were leading by seven goals in the first half. Rebels girls reduced margin in the later end of second half.

In the second game of the day, which was often interrupted by downpour, Misaka United beat newcomers Roots FC 5-0. Misaka girls were leading a goal in the first half and scored four more after changing ends.

In day two of KWL 22-23 Super Division, Pink Panthers will play against Modern Girls FC, both teams qualified from A to Super Division last season and -while Kickstart FC will begin defending their KWL title against Matru Pratishtana FC. 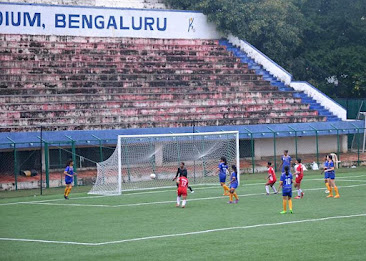 Posted by diegostrikes at 10:45 PM