Former I-league 1st division team and city giant HAL defeated another city team, BEML in a big margin in their first match of the I-League 2nd Division Group A qualifiers.

What touted as a Bangalore derby, turned to be a mere one sided affair with the ball getting past BEML’s goal 3 times in the match. The match started in a brisk note with BEML raiding the opponent’s defense couple of times. A quick counter attack in the 10th minute of the game saw the first goal of match – a curling center from the right-out Satish Kumar Jr. and Rajendra Prasad jumped and headed the ball to the goal in perfection.

Both the team was playing their best entertaining football during this time of the match – fast and one-touch game, quick attack with many short passes. 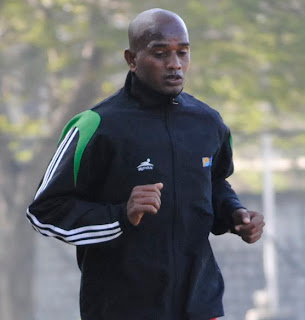 4-minutes after the first goal, striker Fredrick Okwagbe broke an off-side trap laid by BEML and passed the ball to Xavier with the goal written on it. However, keeper Rajan tripped Xavier at the top of the penalty box. Referee Amjad Khan made no mistake to award a penalty to HAL. J Murali placed the ball to the right side of the net and gave 2-0 lead to his team.

3rd goal came from smart Satish Kumar Jr. and the culprit in this occasion was BEML’s keeper Rajan. The goalie came forward and was standing near the penalty box, leaving a wide gap between the goal. Satish Kumar Jr. wisely scooped the ball in perfection and Rajan’s attempt to save the goal was too late.

The mid-field gelled well for HAL, the combination of J Murali, Xavier, and Fredrick in the upfront worked fine for them. Tireless sipper Xavier Vijay Kumar did what he does best as the fulcrum of the team.

BEML mid-field led by Mahendra Mani gave some nice long ranger passes. However, BEML lacked sting in their attack, their foreign striker was totally off-color today. Former national player RC Prakash was too slow in reflex and speed, he missed couple of chances to score. In few occasion, HAL keeper Amar Deb came up with some acrobatic saves to keep the opponents at bay.

BEML coach, Dada Peer blamed match-officials for the 2nd goal, “firstly, the assistant referee missed the off-side and then the referee misjudged the foul committed by the goalie; it was not worth a penalty.” He admitted that the 3rd goal was completely goalkeepers fault and his foreign striker’s off-form cost the match for them.

Meanwhile captain victorious, Xavier Vijay Kumar sounded happy, “Glad that we won convincingly today, our main aim is to go all-out and win the first 3 matches, we want to ensure our qualification to the next round.”

BMEL plays their next match on next Tuesday, March 30 at 4.15 pm against Golden Threads. HAL plays next day same time against Chandni F.C.