Addressing the media, Karnataka State Football Association (KSFA) president A.R. Khaleel expressed deep satisfaction in bringing the footballing event to the city. Also, he has referred Bangalore as the host of the 2nd Division final round to the AIFF. Let us all sincerely hope that our Bangalore team qualifies to make the case stronger. 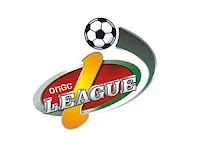 This event will be played on a round-robin basis and kicks-off with the match between Golden Threads and SBT on Saturday, March 27.

Also present it the occasion were the coaches from HAL, M Muralidharan and BEML, Dada Peer.

KSFA has picked up 5 venues for teams practice. The visiting teams can avail the following grounds for their practice session:
Tickets

Posted by diegostrikes at 8:35 PM