HAL might have come late to the party, but the team from the garden city is right here at Cuttack, and ready to take the surprise package of last season, Pune FC.

Speaking to GardencitySoccerStars over phone, coach Muralidharan sounded positive, “We’ve been practicing together for several weeks and will give our best shot here.” 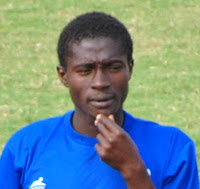 Like several other teams here, HAL will play their first competitive game of the season today. “We’ve played couple of friendlies against Army XI in Bangalore” said coach.
Muralidharan added, “RC and Hamza has formed a nice combination and they will be the strikers for today, later, based on the progress of the game, we will make the necessary change.”
Posted by diegostrikes at 10:25 AM