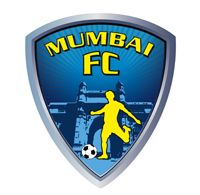 Riding on back-to-back wins, the minnows, HAL and Mumbai FC locked horns at the historical city of Kolhapur. The Mumbai-based outfit perfectly used the only opportunity of the match and garnered 3 points. This is their 3rd win from as many matches.
For HAL, it was their first loss, the result could have gone in HAL’s favor.  They missed few half-chances, and one of RC’s shot was brilliantly saved by their keeper.
Team truly missed the service of Xavier VikayKumar. Ever-dependable Xavier was not playing for HAL today after he pulled his hamstring in one practice session in Bangalore few days back. Also, yesterday in Kolhapur, the injury was aggravated in the practice session. Looking at the immensity of the I-league, the team management decided not to field him.
The goal for the Essel Group-owned team came from the foreign recruit Ebi Theophilus Sukore in 76th minute. Left-wing midfielder, Nicolas Rodrigues put a pass for Ebi, HAL defense failed to pick him, Ebi came from the middle, and scored the only goal of the match.
HAL by all means played a decent game and their opponent for today never looked as strong as the result depicts.  Their dream return to the I-league division 1 were arrested by Mumbai FC, they were tad unlucky today, and the opponent utilized only chance they got in the game.
Next match: