Viva gets past HAL

Apart from having quality players, the essence a team’s success is its bench strength – this is a proven fact and if only the Aircraftmen team management acted on it.
If a player from the starting XI sits out (for whatever reason) at any given day, the team struggles - this had happened earlier and happened today when HAL lost by a goal to Viva Kerala.

Right-back, Sreekanth, who has been the find of the season missed today’s outing due to double-booking and his replacement Karthik was just not an able replacement. Deep-defender Femi too was off-color today, with the Viva attack beating him regularly. Later, confirmed by manager that he was not in the best of health. Such apathy that the team fails to find a replacement and persists on the unfit player!

Viva thoroughly dominated the first half barring last 5 minutes. HAL defense could not stop the flurry of attacks. They should consider themselves lucky for not conceding any more goals - at least for 4 occasions the ball was hit way off the target.

The goal came in as early as in the 18th minute via a diagonal long-ranger shot taken by N P Pradeep from the top-left edge of the box. 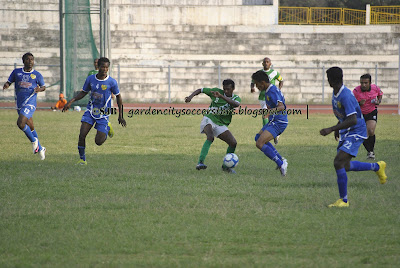 After conceding the goal, HAL immediately replaced winger Ankit with R C Prakash. A move that baffled everyone as the youngster was playing up to the mark. However, this was explained later by HAL manager Muralidharan – the combination of R C and Hamza with Xavier works well for the team and has yielded goals. This was definitely a gamble, which didn’t work out today! 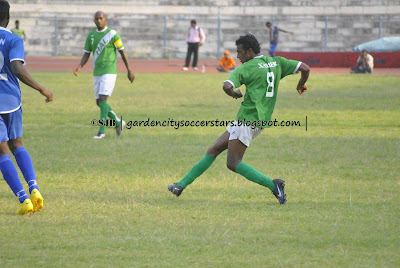 Xavier orchestrated some excellent moves from the flank, however, strikers could not match to his brilliance to fetch an equalizer for HAL. 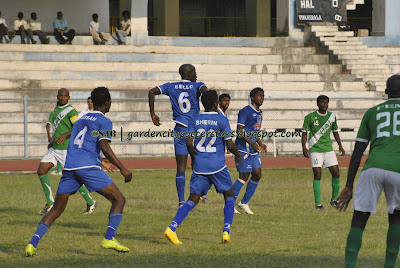 Posted by diegostrikes at 11:42 PM