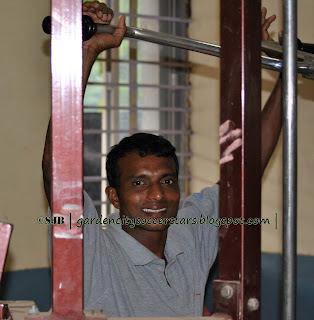 Before you actually start reading this piece, here’s something that I would like to let you know - this interview is spanned across a year, in fact a year and few days (or a month)!
First part, May 2010 – just after helping HAL to re-enter in the I-league.

Second part, June 3, 2011 – just after helping HAL to surface again in the I-league, saving HAL from certain relegation and reiterating the “Xavier the savior” faith.

For some reason the first part could not see the light of the day.

GCSS: Let’s take us thru your formative days.
Xavier: I Hail from KGF and a product of SAI, Bangalore. I joined SAI after completing my 2nd PUC. Also, represented state in all under aged national tournaments.
After graduating from SAI,  I Joined HAL in 97-98 season for one year contract. They were making a formidable team that year. Next year, HAL offered me a job. Also, they gave job to a host of talented local players, Murali J, Sunil Dayanand, Anto Vinod, Paramesh.
Flourished under Krishnaji Rao’s coaching in HAL.
In 2001, I was selected in the Indian camp for Pakistan tour, unfortunately the tour cancelled due to 9/11. Got injured after that, spent a very disappointing 2002 season, but didn’t give up.
In 2002, Karnataka Olympic Association awarded the best sportsman of the year.
In 2004-05, got selected in the Indian camp under Nayeem’s coaching. Got in the team in last minute as a stand by . I was in the Indian  camp again in 2005-06, against Japan.
Got to play under Ismail Akhmedov’s coaching in the AFC challenger in 2006, I was named as the vice-captain for India.
GCSS: Most of the Bangalore players go out and earn a name for themselves and the city. That is not in your case, what’s the main reason?
Xavier: Preferred job security over anything else. Got offers from all the top clubs, but I’ve gleefully rejected them. I’ve had no regrets in doing so.
GCSS: You view on the football played in Bangalore?
Xavier: Corporates need to look at the game, need someone in the likes of Vijay Mallya to lift the game in the city.
GCSS: Tell us something about your team?
Xavier: There’s not enough budget to make a good team. Lack of formidable, quality bench strength. There is no recruitment happening, also, the team needs a professional coach.
Current coach not open to suggestions. I’ve stopped  suggesting after I stepped down from captaincy.
A year later, June 2011
You love him or you hate him, home grown Xavier is the resolution for HAL. Yet again, Xavier played his heart-out and ensured that national football will stay in Bangalore for another season.
GCSS: So Xavier, here we meet again, what’s the difference?
Xavier: First of all, I’m happy  to be in I-league. The most savored 2 goals against Dempo, though nothing to boast about as it was a team effort, everyone  gave their best, and the seniors played their role. 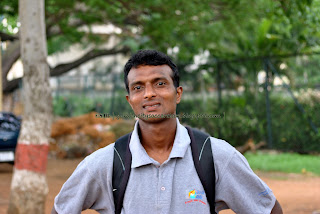 On the match day, checked the details, if we win, we'll avoid relegation. That motivated us!
While we were entering the stadium, locals taunted on the number of goals Dempo would score. That again motivated me, told the team that no one is superior, we will fight till the end.
Also, don’t think management expected us to make a comeback. I for once, thought that it’s all over, I’ve played the last match (against East Bengal), and won’t be able to play in the beautiful turf of Bangalore Football Stadium for the next season. However, kudos to the team, we held on (to the last moment). It’s a dream come true.
GCSS: What was the most appalling moment?
Xavier: Several - bench strength, series of injuries (Shankar, James Singh Jr.), players leaving in the mid-season(Vijesh Kumar), plus the unfortunate death of Arun Kumar.
As a captain I used to always demand the required things from the management, always fought for the players. However, off late, I’ve kept myself less involved in such day to day affairs.
GCSS: What is missing here?
Xavier: Though we’ve our own ground, gymnasium, and swimming pool. Infra-wise, there are several  things need to be done.
We pay very less money, need for better grant with improved facilities. Players should feel secure here. Not to forget making the football team as a separate commercial entity.
The onus is on the management, we give all out for the game, and we can at least expect something in return.
GCSS: Are you satisfied with the standard of coaching in HAL?
Xavier: Guess, every coach has its own set of favorites, and relies on them heavily. Often found our coaches lacked match reading sense. We were not playing up to our potentials from round 12 and continued the bad patch till round 20. Many a times regular players struggled, we could have tried out our reserves.


After turning out fruitful 14 footballing seasons with HAL’s green and white colors, Xavier is contemplating a move in this season.  Perhaps for greener pasture, in a professionally managed club.


GCSS: What’s the buzz all about, we all would like to know?
Xavier: I’ve been resisting offers from most of the top I-league clubs for some time. I still have some good football left in me, would like venture out. If the offer is good, then why not?
I might lose my HAL job in the deal, but I’m ready to take that risk.
Is the prodigal son, prolific footballer Xavier VijayKumar leaving Bangalore?
Guess all the garden city football lovers would hate to see that happen. But as a true professional, one has to take such decision, albeit difficult and emotional.
Posted by diegostrikes at 11:56 PM