Help - looking for an Indian striker

That Alexander Sudovich is gone, just like a goner, HAL has a vacant spot.

Neither HAL has utilized much of his service, nor could Alexander display much when he was seen for few minutes at the Ban galore Football Stadium. Creating much embarrassment, the highest paid player of Aircraftmen was barely seen playing.

Shame on the team management! 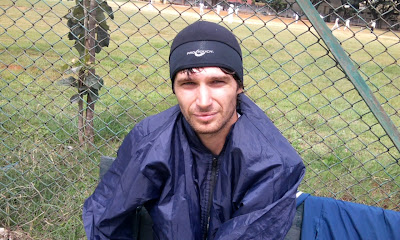 The latest however is that the Serbian has been released from the team. That does not mean that HAL will get a replacement of Sudovich in a foreigner (and one doubt team management would be really interested to get one).

The replacement was only possible on medical ground, that too after medically checked by an AIFF appointed doctor. Sudovich was out sick last month due to chicken pox.

HAL is desperately looking for an Indian striker will pair (or interchange) excessively used Hamza!

Posted by diegostrikes at 8:23 PM