Karnataka take on Pondicherry today 1:15 pm at the Bangalore Football Stadium. Though Pondicherry lost 4-1 to Services in their first match, they looked a better team, much better than Karnataka’s opponent on the first day, Telengana.

Coach and former ITI player, Muralidharan admitted his team became very casual after scoring two early goals, but kept up after changing ends. However, sounded wary about not enough conversion and missing out on sitters. Something that he’s needs to work during practice.

He reckons that a long camp of 45 days have helped his team to combine well, “Our main threat is Services, which will be a 50-50 match.” 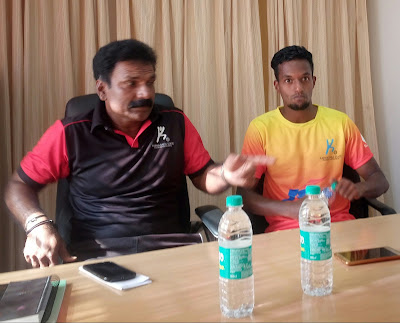 Posted by diegostrikes at 11:40 AM