Gokulam’s Nepali striker Sabitra Bhandari was the star of the show, as she scored five goals. Karishma Shirvoikar notched-up a hat-trick for herself, while Manisha netted two more to make it 10 for the Kerala side.

KRYPHSA FC registered a stunning 2-0 victory over defending champions Sethu FC. Ratanbala Devi scored in either half to wrap up the three points, leaving the champions contemplating and wounded. 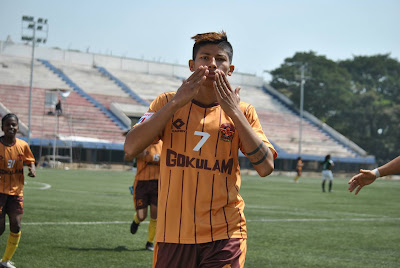 Posted by diegostrikes at 11:50 PM