Manisha Kalyan broke the deadlock with a brilliant free-kick before Sabitra Bhandari added the second a minute before half-time. The Nepal international rubberstamped Gokulam’s place in the final by adding a third goal late in the second half.

Gokulam Kerala are now set to play their maiden IWL final, where they will be taking on Manipur’s KRYPHSA FC. 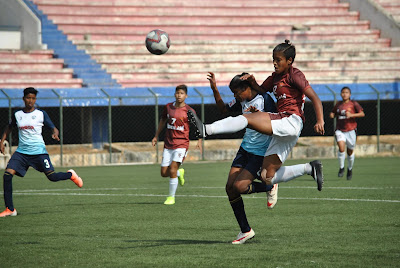 Posted by diegostrikes at 10:19 PM