Eagles played with much guts against ASC and prevented them to come back to winning ways in Citrus Ventures BDFA Super Division League.

After a goalless first half, ASC started the second half with a barrage of attacks mainly through the left flank. They soon got the goal from a nice strike from Shafeel PP.

Showing some urgency Eagles made forays to the ASC territory. It was Vishal’s trademark long throw that fetched his team the much-needed equalizer - while clearing the throw that was looping inside the 18-yard box, ASC’s Deepak Pant headed the ball inside his own goal.

ASC was quick enough to counter back, however, the winning goal eluded them. The match ended in 1-1 draw. 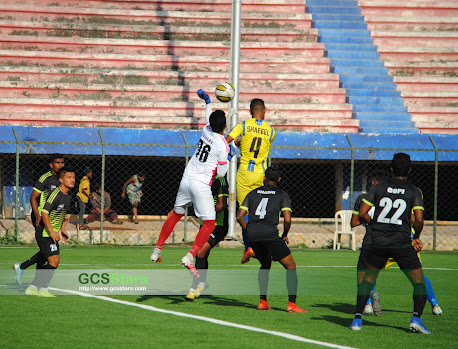 Posted by diegostrikes at 7:05 PM