Bengaluru FC, on Tuesday, announced that Brazilian defender Alan Henrique Costa had signed on a two-year loan deal from Campeonato Brasileiro Série B side, Avaí Futebol Clube. Thirty-year-old Costa, who stands at 6’4”, is the Blues’ second foreign acquisition under Marco Pezzaiuoli after Gabonese defender Yrondu Musavu-King signed a new two-year deal on Saturday.

Having begun his career in the youth ranks of Ferroviária in Brasil, Costa had stints at Palmeiras, Internacional and Coritiba, and loan spells at Sao Bento and Vitoria, before joining Avaí in 2020.

Costa, a native of Araraquara, has spent the entirety of his professional career thus far in Brazil, and expressed excitement at his move to Bengaluru. “I’m really happy to have signed for Bengaluru FC and I have good expectations about Indian football. I didn’t know too much about the Indian Super League, but I have friends who have played here, who have only great things to say,” said Costa, after completing the formalities on his loan deal.

Costa, who lifted the Campeonato Catarinense State Championship with Avaí in May, winning 3-2 against defending champions Chapecoense over a two-legged final, said he was looking forward to the move, and to do well for the Blues.

“The new project at BFC is one that excites me, and I am eager to repay the trust of those who showed the faith to bring me here. I am aware that the club hasn’t had a great run of late, but I want to show my experience and make sure that this season is different,” Costa added.

Bengaluru ran out 5-0 winners over Tribhuvan Army FC in a Preliminary Stage Two clash of the AFC Cup in April, in what was Marco Pezzaiuoli’s first game in charge. The Italian said that Costa’s presence and leadership could prove vital to his squad.

“I’m happy to welcome Alan to Bengaluru FC. I think he is a very important player on the pitch and has a commanding personality off it. He is a natural leader and has captained teams that he has been part of in the past,” said Pezzaiuoli.

Incidentally, Costa scored his first goal of the Brasileiro Série B season in a 3-1 win against Londrina Esporte Clube, on Thursday. “Alan’s quality with the ball is very impressive and he has been scoring goals over the last few seasons which makes him a very interesting player to have. His presence will definitely improve the overall quality of the team and I wish him success on his new journey with us,” added Pezzaiuoli. 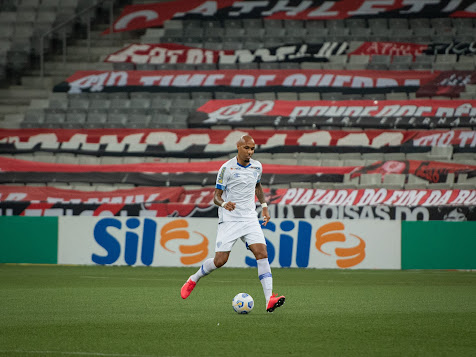 Posted by diegostrikes at 1:18 PM