Former Indian International Krishnaji Rao, captain of the Santosh Trophy winning team passed away today evening at a hospital in Bengaluru. Football icon Krishnaji, popularly known as Captain was 81 years old and left his wife, a son, and two daughters. He was not keeping well for past few years.

Krishnaji represented CIL at club level and his association brought lot of laurels; it was regarded as the golden era of CIL. However, Krishnaji’s name will go down in the history of state football as a victorious captain who led his team (then Mysore) against a star-studded Bengal in the final of Santosh Trophy at Sree Kanterava Stadium in 1969.

Krisnaji Rao moved into coaching and successfully coached CIL and HAL for many years, also, he was a part of the Indian Senior National Team as an assistant coach during 80s.

With Krisnaji passing away brings end to a beautiful era of football in Bangalore. 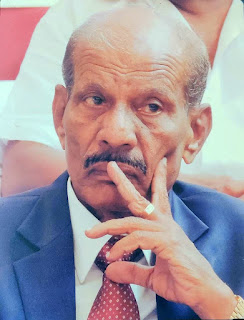