FCBU Media
FC Bengaluru United put in a commanding performance to thrash FC Deccan 9-0 in the ongoing BDFA Super Division Championship 2021-22. Subash Singh (48, 69, 83) scored a hattrick while Luka Majcen (40, 66), Ronaldo Oliviera (10), Bedashwor Singh (21,59), and Jaison Vaz (90+1) were the other goal scorers as the defending champions recorded their sixth win on the trot in style.
Both teams started off slowly at the Bangalore Football Stadium with neither gaining the upper hand early on. In the 10thth minute, Ronaldo made the most of a smart play between James Singh and Bedashwor to get FCBU on the scoreboard. FCBU slowly began to up the ante and in the 21 st minute, a long free kick from Kinshuk was smartly set up by Luka in the box for Bedashwor to get FCBU up 2-0. The match remained on fairly even keel till the 40th minute when a corner taken by Ronaldo was headed back into the box by Kinshuk for Luka to score his first goal of the match.
The second half though saw the defending champions really stamp their authority on the game with a string of attacking plays and goals. It started off with a penalty taken by Subash in the 48th minute and within 11 minutes after, Bedashwor scored to get FCBU up 5-0. On the attack now, FCBU set up their goals with well-played pieces, James’ long ball from the midfield was smartly controlled by Luka to push FCBU to 6-0 in the 66th minute. Within minutes, Aenam K Jurwa’s pass to Subash saw him neatly take on the FC Deccan goalkeeper to score his second of the game. Not content with two, the striker soon notched up his second hattrick of the tournament in the 83rd minute as FCBU went up 8-0. Jaison Vaz chipped in with another goal in extra time as FCBU sealed a dominant win. 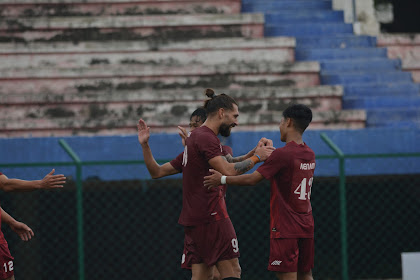 Posted by diegostrikes at 9:12 PM