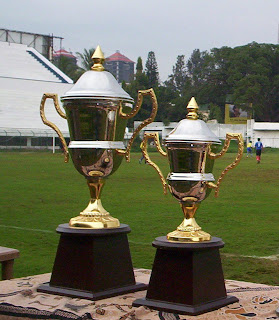 One of the oldest football tournaments of the Karnataka state, Dowlath Khan Trophy is revived by the BDFA. Record numbers of 38 BDFA C-division teams are participating in this tournament and will be played on a knock-out format.

Duration of each match will be 70 minutes (35+10+35). When a match ends in a draw in the regulation time, no extra-time will be played, and the match will go straight to the tie-breaker. All the games will be played at the Bangalore Football Stadium.

In the first match of the tournament on Friday, February 12, 1.30 pm, Bangalore Blues takes on Young Gems. Later, Mohd. Sporting, Bangalore will play against Young Blues.
Posted by diegostrikes at 4:27 PM