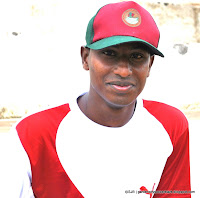 Another new season and the flurry of city-bred players looking for greener pastures begin. The latest and probably the greatest just happened today! After having a fine season with HAL and helping them to get promoted to the 1st division I-League, Satish Kumar jr. is all set to start is next innings with the powerhouse century-old national club of India - Mohun Bagan.

This is not the only Bangalore connection for the Kolkata club. The coach for this season is the former Army XI player and MEG coach, Stanley Rozario. Employed with Indian Army, Rozario played all his life and started his coaching stint in Bangalore. With almost 20-years in coaching, Stanley assisted Indian

senior coach, Bob Houghton before moving to EastBangal. After coaching them for half-a-season, he moved to Salgoankar, helped them to get a I-League 1st division promotion, and then took the charge of Shillong Lajong FC last season. He is back in Kolkata to start his second innings with the green and maroon brigade.

Speaking about Bangalore connection with the Garden City Soccer Stars, coach sounded optimistic. Stanley knows very little about Satish Kumar jr. However, whatever knowedge he has gathered about the nippy player from Gowthampuram is impressive.

“Heard that he had an excellent season with HAL and he posses a superb football sense. I’m looking forward to work with him!” said Stanley.

Satish Kumar is aware of the fact he won’t be an automatic choice for the first-11.  He says, “I’ll give my best performace in the practice sessions, impress the coach, and hopefully he’ll give me a chance to perform.”

Satish Kumar sounds confident, “I am comfortable playing in the right and left half positions. In the final round I-League 2nd division matches, I played as a striker and scored many goals.” 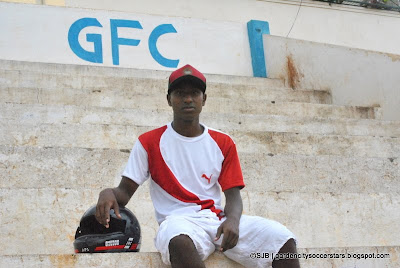 Bangalore has a rich tradition of players turning out for Mohunbagan. Arumanaigam in the 60’s, Ulaganathan in the 70’s, Babu Mani and Mastaan Ahmed in the 80’s, RC Prakash in the late 90’s and early 2000 to Noel Wilson and Shanmugam Venkatesh few seasons ago.

Satish is seeking help from Arumanaigam, Ulaganathan, R C Prakash about playing in Kolkata. “They are like my gurdian and providing valuable tips. It is not only about playing a nice game, scoring also matters” chips in Satish Kumar.

The football district of Bangalore, Gowthampuram has produced several Olympians and Internationals, it is upto Satish Kumar jr. to carry-on the flag. He has a task to cut out and he is jolly well up for it.

Garden City Soccer Stars wishes Satish all the luck! Go for it boy, the Bangalore football lovers are behind you!
Posted by diegostrikes at 9:20 PM