If you thought that Satish Kumar Jr. joining Mohun Bagan is the only loss for HAL, then you are completely mistaken. Attacking midfielder Jotin Singh and half-backs Bimal Minz and Ricky Joy are all set to don the colors of ONGC in this season. 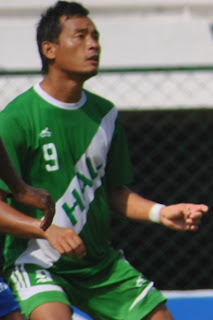 Interestingly, both the teams, ONGC and HAL have qualified from the ranks of division 2 to 1 in the I-League, and surely these dependable players from HAL impressed the ONGC bosses who were present in the Bangalore football stadium during the month of May.

After spending a fruitful season with HAL, the promising player from Manipur, Jotin Singh has already joined his new team. Garden City Soccer Stars spoke with this nippy mid-fielder when he was en route to Goa to attend a pre-seasoning camp.


Jotin sounded optimistic, “Always a sad feeling to leave a successful team and the friends I’ve made there. However, as a professional footballer, I’ve to look for my growth.”

“The ONGC officials kept persuading me for some time. On the other hand, there was no response from the HAL management. They didn’t take the players into confidence, barring coach no one spoke to me. Seemed management was not serious in making a formidable side!”

“Not to forget the remuneration part, this is three-fold of what I got in HAL last season”. Quips Jotin. 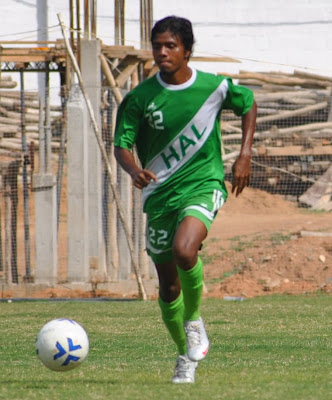 Ditto is the case with Bimal Minz, a TFA alumni and Ricky Joy. One thing is apparent with the key players leaving HAL, team management has failed to keep the core team. 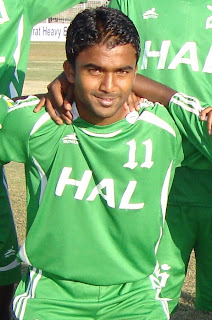 With the HAL team selection trial gathering momentum, we should be optimistic about building a competitive team. However, one can always question about the way they are working up to it.