This important day was marked by playing an exhibition match between Referees XI and Veterans XI. Living up to the importance of the day, Referees XI defeated Veterans XI 2-1. 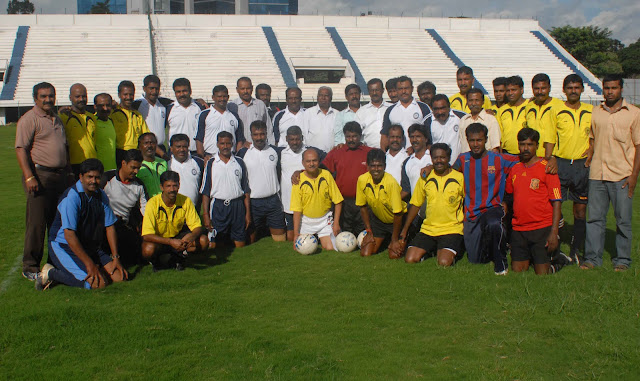 Interestingly, this match can be termed as the last match played on natural grass at the Bangalore Football Stadium. Good news is that laying of artificial turf on the stadium is going to start soon. The official source indicates that the work is starting from next Sunday, September 5. 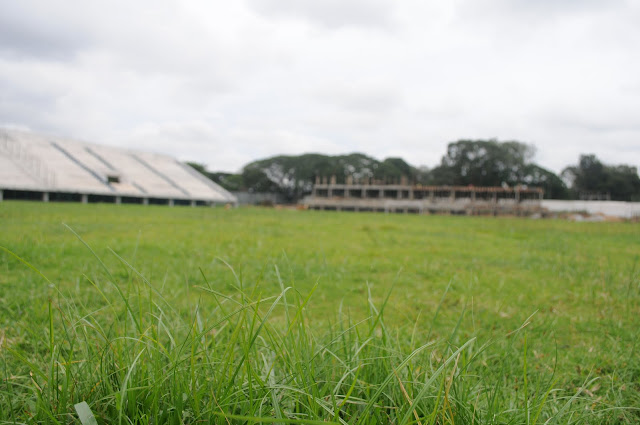 Artificial giving way to natural grass
Bangalore Football Stadium is 1 of the 4 venues in India selected by the FIFA for laying artificial turf under FIFA’s “Win in India with India” initiative.
Posted by diegostrikes at 10:14 PM