I-League round 23 at the Sree Kanteerava Stadium, Bangalore seems to be an exciting encounter when Pune FC, fresh from an upset win against Kingfisher East Bengal runs across their nemesis for this season, HAL.
Fresh from their winning exploits at home, Pune FC meet HAL who perennially turns out to be their bogey team. So, when the two meet in tomorrow’s I-League encounter at the Sree Kanteerava Stadium, the one thing HAL will hope is to continue the trend.
Having met each other four times, the Bangalore-side holds a 3-1 win-loss advantage that hands them the psychological edge on field. HAL have beaten Pune FC twice in this season, identical 1-0 at the Federation Cup and I-League Round 10 at the latter’s backyard.
The scorer for both occasions, striker Hamza, is passing through a bad patch, he too would like take this opportunity to set the record straight.
HAL decided to practice at their ground instead of the match venue, however, could not do so due to waterlogged pitch.
HAL is currently locked in a relegation battle, they are no pushover and possess the ability to stun any opponent with an uncanny approach of scoring against the run of play and then bottling out the opposition.
Having tasted enough defeat in the past few games, HAL is well aware that any further slip-up will mean staring at relegation. They are currently placed in the 12th spot in the standings, while PuneFC stands pretty at 7th  with 26 points. 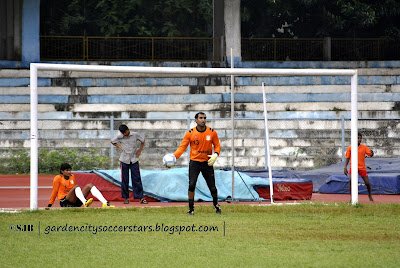 HAL is keen to perform well, more so, for the departed soul of their fellow teammate, Arun Kumar.