Bengaluru FC cruised to their seventh straight victory in the Hero Sub-Junior League after a massive 7-0 win over Jain Academy for Sporting Excellence encounter at the Jain Global Campus in Bengaluru on Thursday.

The win also took the Young Blues’ tally to 21 points further increasing their lead in Group B of the Bengaluru Zone having already booked their spot in the final phase of the competition.

Bengaluru FC will now host Ananthapur Sports Academy at the Bengaluru Football Stadium on April 4 in their last game of the zonal phase. 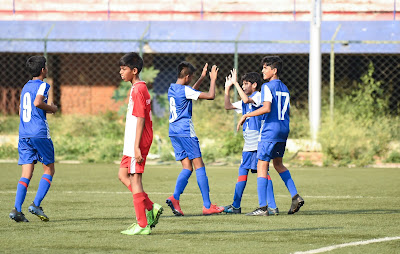 Posted by diegostrikes at 12:42 PM