Karnataka state team will take on hosts Bengal on Thursday in their final round campaign for the Hero Sub Junior National Football Championship to be held in Kalyani, West Bengal from Nov 20 to Dec 3.

State boys had a great run in the south zone qualifying round played in Bengaluru earlier in September. 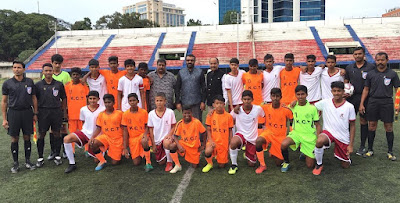 Posted by diegostrikes at 2:18 PM