Lhingneilam Kipgen opened Kolhapur’s account on the 24th minute before Subhadra Sahu put them in cruise control on the 70th-minute mark.

Kenkre FC moved a step closer towards rubberstamping their place in the semi-finals by registering a 3-1 victory over Bengal’s Sreebhumi FC.

Skipper Soumya Guguloth scored a brace before Aarti pulled one back for Sreebhumi to make it anyone’s game. Asha Kumari added a third early in the second half for Kenkre and allowed them to sail on the two-goal cushion towards three points. 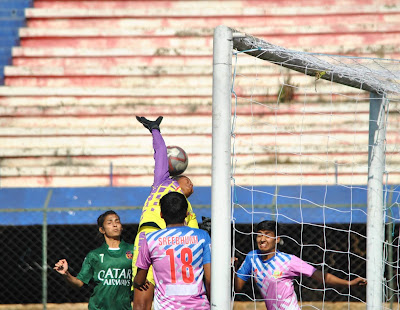 Posted by diegostrikes at 6:10 PM