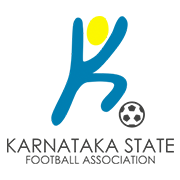 Clubs, institutions, and groups of players can apply for Associate Club Membership to the KSFA either directly or through their respective District Football Associations. In the absence of District Football Associations, clubs in such districts may apply directly to KSFA and based on the number of clubs the governing body will form Associate DFA's with terms and conditions.
For Bangalore District Football Association, clubs seeking admission to the C Division should kindly note that they will get affiliation to two new Districts/Zones (North and South) which will take shape from the 2020-21 calendar year. Such clubs will play the Leagues stage in grounds in others parts of Bengaluru District and not in the Bangalore Football Stadium.
Clubs, institutions, and groups of players should have been involved in promoting the game for at least three years, should have access to a training or playing field, should have a qualified coach and should have the financial ability to fund the requirements of the club in competitions - Yearly registration fees, Central Registration System fees, Jerseys and kit, entry fees for events and cater to other needs of its players and officials.
Clubs owners who are already owning a team with KSFA/BDFA as on date are not eligible to apply under the scheme.
Those interested may mail details of their entity with number of players, venue area or district of operation and other relevant information. E-mail applications before June 30, 2020 to ceoksfa@gmail.com, satyaksfa@gmail.com for any details or clarification. Interested persons can also visit the KSFA office during office hours.
Posted by diegostrikes at 10:01 PM