The winning member of the 1967 Santosh Trophy Karnataka state in Cuttack, Orissa, died at his residence in Chamarajpet yesterday. Putta, as he was popularly known in the football circle was 79 years old.
Puttaswamy had a long career with HAL for that lasted almost two decades. Later, he served as a BDFA member, also, he was a Governing Board Member of the KSFA. As a curator, he played a key role of the Bangalore Football Stadium’s natural turf ground.
He played in the Pentangular Tournament, Cylon along with Krishnaji Rao, AD.Nagendra, Amjad khan, and Muthu (goalkeeper) in 1968. He represented South India against the Russian visiting team at Bangalore and Madras in 1966. Puttaswamy represented the then Mysore state team 6 times in Santhosh Trophy.
The KSFA and BDFA condoled the death of the player and prayed for his soul to rest in peace. 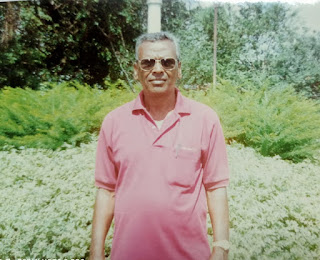 Posted by diegostrikes at 8:55 PM