Francis Ignatius, former goalkeeper who served Indian Telephone Industries (ITI) and Karnataka for more than a decade passed away today at his workplace at ITI today morning owing to a heart attack. Francis, 56 years, is survived by his wife and two college-going children.

Francis Ignatius was a part of the Indian team in the Tata Super Soccer Series games that were played in Chennai and Kochi. His body was kept at the ITI Hospital till 2 pm today, later the mortal remains left for Trichur, Francis' hometown.

KSFA and BDFA officials visited the ITI Hospital to pay last respect to the dependable goalkeeper. 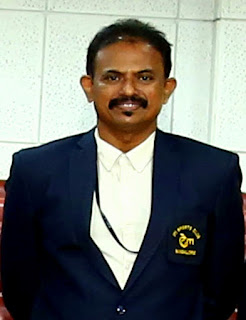 Posted by diegostrikes at 4:19 PM