N Munimara, 73, former State and CIL footballer passed away yesterday, Sunday, May 30, 10 am in his residence at Munireddy Palya, Bangalore owing to a heart attack.

Munimara first represented Karnataka state in Santhosh Trophy at Kerala 1973. He was a very popular half back/forward player in state as well as CIL. He was playing with some famous players Ulaganathan, Amjad Khan, Krishanaji Rao, Thayagaraj back then.

Munimara was a hardworking midfielder who brought glory to Karnataka and CIL. He helped CIL to win the Stafford Challenge Cup and Bandodkor Gold Cup and went on playing in famous all India tournaments like Durand, DCM, Rovers, and Federation Cup.

Munimara was philanthropist and helped many poor people. He is survived by his wife and a Son and daughter.

KSFA, BDFA, and the State Referee Committee condoled the sudden demise of the footballer. 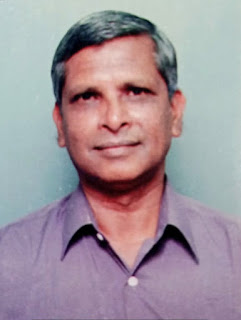 Posted by diegostrikes at 3:53 PM