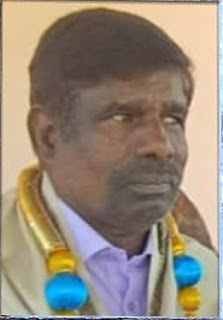 Sigamani, 72, expired due to Covid-19 yesterday morning at a hospital near his house at OMBR Layout, Banaswadi, Bangalore. He was employed with Services and retired as a Subedar from MEG.

Hailing from KGF, Sigamani represented Karnataka state in Santhosh Trophy at Calcutta in the year 1978 and the year after at Coimbatore, where Karnataka lost to Punjab in semis.  He was a regular left-out player for MEG, also, went on representing Indian Army against many international teams.

Sigamani was coaching a team in Banaswadi that play in BDFA C division along with a school in Sishuvihar. He is survived by his wife, two sons, and a daughter.

Posted by diegostrikes at 2:52 PM