Karnataka to start Santosh Trophy campaign against Odisha on April 17

The Hero 75th National Football Championship for Santosh Trophy is all set to kick-start on Saturday, April 16, at the Kottappadi Football Stadium in Malappuram.

A total of 10 teams will be participating in the tournament, with old foes West Bengal and Punjab set to kick-off the proceedings. The 10 teams have been divided into two groups of five each, with the top two teams from each group set to proceed to the semi-finals (April 28 and 29).

The Hero 75th National Football Championship for Santosh Trophy is being hosted in Malappuram, Kerala, with logistical and infrastructural aid from the Government of Kerala. 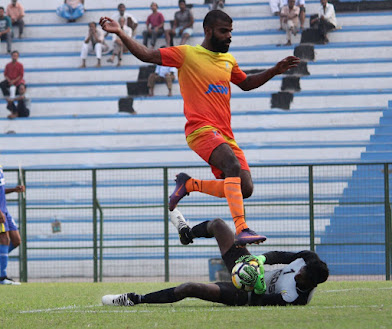 Posted by diegostrikes at 5:41 PM