The competitiveness of this season’s Airtel I-League was clearly demonstrated on Saturday evening with relegation-threatened Rangdajied United FC beating table-toppers Bengaluru FC 3-2 in a high-voltage game in the 19th Round of the Airtel I-League at the Jawaharlal Nehru Stadium.

Hering Shangpliang’s debut match in charge of the Shillong club could not have gone better with Steven Dias and T Lalnunpuia scoring in the first half and new signing Ranti Martins scoring the winner after Bengaluru fought back brilliantly in the second half.

Both teams came into the game with much at stake – Rangdajied needing the win to keep their head above the water at the bottom and Bengaluru FC wanting a similar result to stretch their lead at the top of the table to 6 points. But it was the hosts who came out trumps.

In a strategic move, Ashley Westwood started with the same forward line that played Mumbai FC while skipper Sunil Chhetri, back from suspension, was drafted in midfield for Siam Hanghal. But Bengaluru weren’t handed any time to settle when Steven Dias scored a peach of a goal in the 16thminute. With the ball at his feet and no defender on him, Dias swung one from the outside of the boot that found its way past Pawan Kumar in the left corner.

Dias, Rangdajied’s new signing, was soon involved in his team’s second when, after exchanging a delightful 1-2 with Ranti Martins on the right, he swung in a cross that Lalnunpuia headed past Kumar.

Whatever Westwood put the team through in the dressing room at halftime, seemed to work on the hour mark. In two minutes of madness, Chhetri and birthday boy Sean Rooney scored delightful goals to silence the home support. With bodies crowding Robin in the Rangdajied box, the striker teed up Chhetri who moved to the side and placed home neatly. Just a minute later, Robin flicked the ball to Rooney who smashed home first time from the right as the comeback gained momentum.

Bengaluru found their feet and looked more organized but even Rangdajied were up to the task. The seesaw contest swung Rangdajied’s way when, in the 76th minute, Ranti Martins scored against the run of play. Eugenson Lyngdoh sent in a cross from the left and Pawan Kumar did well to get his fingers to Kim Yong’s header. Unfortunately for the ’keeper, the ball fell to Martins who pushed home under Pawan from a yard out.

Bengaluru pressed hard for an equalizer but Rangdajied saw off the drama with some resolute defending.

“A draw would have been a fair result given the way we came back but that’s football. Their first goal looked like an intended cross while second was a defensive lapse from our end. We had them on the roped in the second half but credit to Rangdajied for playing the way they did,” said Westwood after the game.

The loss leaves Bengaluru FC on 31 points from 17 games while Rangdajied are on 15 points along with Churchill. 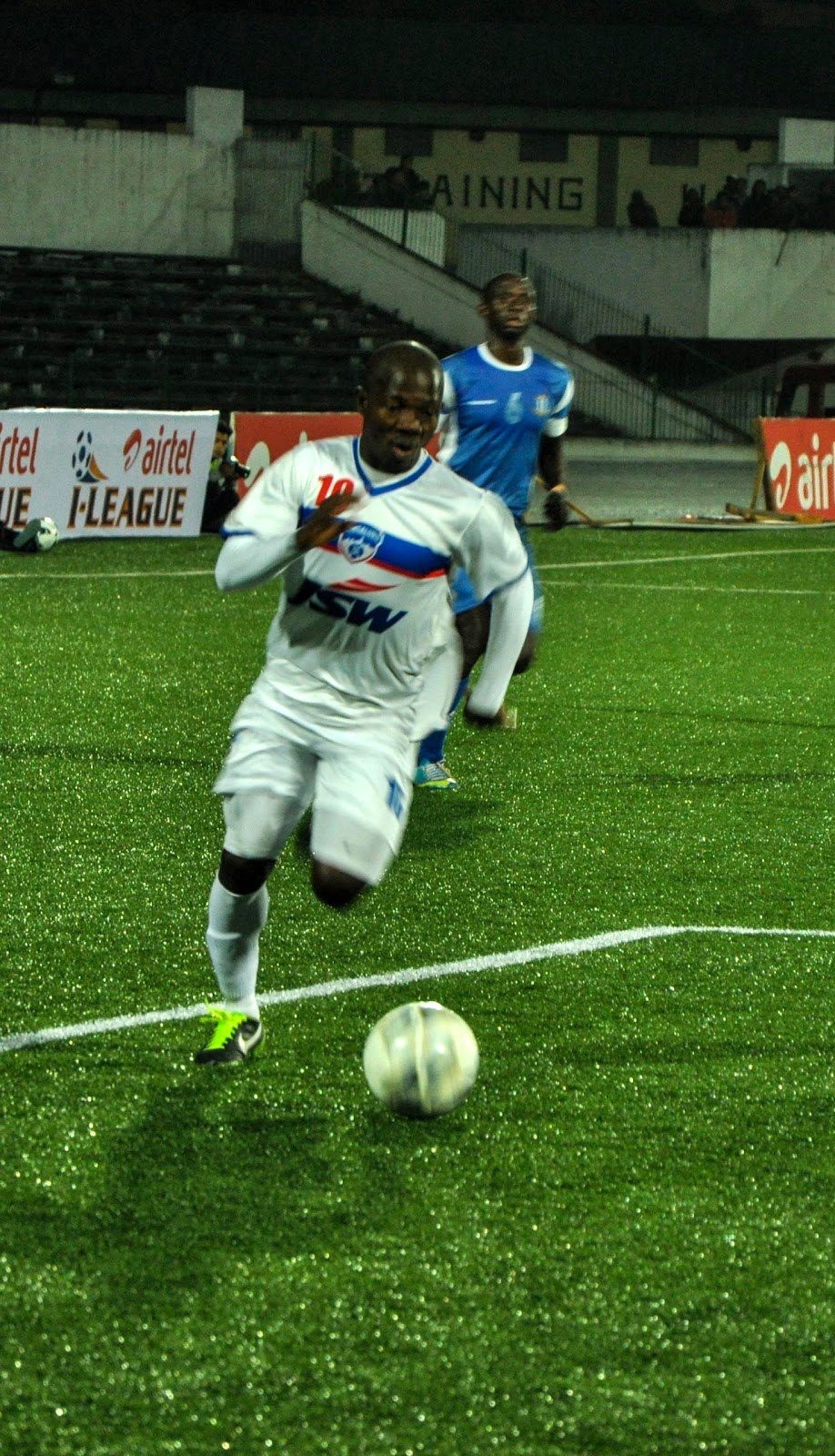