With a little more than two months before their AFC Cup Inter-Zone Semifinal clash against Turkmenistan’s Altyn Asyr, Bengaluru FC have begun fortifying the squad, signing versatile winger Kean Lewis on a one-year deal, the club announced on Sunday.

Twenty-five-year-old Kean whose previous ISL stints include FC Pune City and Delhi Dynamos trained at the Tata Football Academy for two seasons before heading to the United States of America to complete his education and pursue professional football. He joined the U23 team of MLS side Houston Dynamos before switching to NPSL side Laredo Heat.

“I am very excited on signing with Bengaluru FC. I’ve constantly heard of how the club is set up professionally on and off the pitch. The football aside, I’ve heard so many good things about the management and it’s nice to be able to turn out for a team that is keen on improving every aspect,” said the Mumbai-born player whose first professional stint in Indian football was with Mohun Bagan.

A versatile option in attack, Lewis has been preferred on the left side of the pitch for most of his career and he’s confident of settling in soon. “The squad has some very experienced players and this is a big opportunity for me to learn and get better. I’m looking forward to pre-season and I’m certain I won’t take much time to blend into the Bengaluru style of play,” he added. 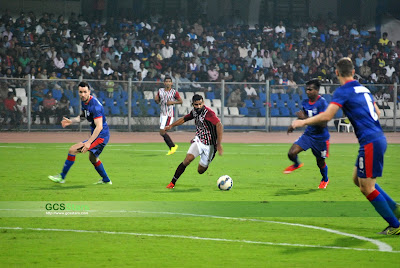 Posted by diegostrikes at 1:05 PM