Notable players who will be taking part in the showpiece event include RC Prakash, Balaji Narasimhan, M Babu, Sunil (ADE), Muralidharan and Ilyas Pasha for ITI, while HAL will have the likes of Xavier Vijayakumar, Sunil, Satish Kumar and Gangadharan in their ranks.

Speaking on the decision to organise the game, club COO, Mustafa Ghouse said, “HAL and ITI are institutions, not only in Karnataka but on the Indian football map and this game is our way of honouring their contribution to the sport. We’re proud that Bengaluru FC belongs to a city that has a rich football history and a lot of it is down to these two teams.”

Proceeds from the sale of tickets to the game, which will be available on matchday at the Bangalore Football Stadium, will go to the HAL and ITI teams, and will be priced between Rs. 30 and Rs. 100. 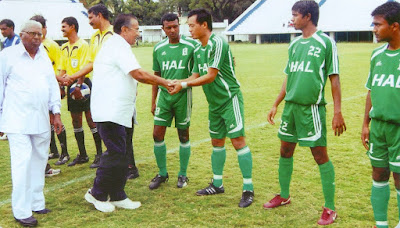