Ozone FC started their second division I-League campaign with a 1-0 win over South United.   The game was on a knife’s edge till the very end, finally Ozone’s discipline won against a visiting South United FC side that created but couldn’t finish off their chances.

The first few minutes saw Ozone FC dominate midfield and push forward as South United FC struggled to find their feet in the game. A couple of early efforts from the home side were thwarted by the SUFC custodian Jayanth Kumar. The home side came particularly close when a chipped effort form Ozone hit the crossbar and went behind for a goal kick.

SUFC got more of a grip in the game as the half wore on and restricted Ozone to fewer chances, however, they struggled to create at the other end thanks to a disciplined defensive performance from David Booth’s men.

The game had little movement off the ball from either side, but Ozone FC showed more of a threat going forward with more incisive passing and positioning.

The second half began with South United threatening in the early minutes. They pegged Ozone FC back for the early parts of the half with good constant pressure on them but were unable to capitalize.

In the 72nd minute, Ozone got their chance as their forward was brought down in the box. Only having been on the pitch for three minutes, the substitute striker Manvir Singh stepped up to take the spot kick and made no error slotting the ball to the keeper’s right and sending him the wrong way.

Ozone were determined to keep their slender lead but the goal breathed life into the SUFC attack as they pelted the Ozone goal with all they could in the last 15 minutes. A penalty claimed denied and a header that missed by a hair’s breadth was what separated the sides in the end. 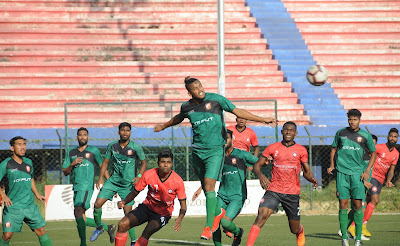 Posted by diegostrikes at 10:57 PM