Sachin Badhade joins as Bengaluru FC U15 coach from Minerva

Bengaluru FC have confirmed the addition of I-League winning coach Sachin Badadhe to the Academy staff, the club announced on Tuesday. The 39-year-old AFC ‘A’ License holder joins the Blues’ residential set up in Bellary after guiding I-League side Minerva Punjab to a third-place finish in Group E of the AFC Cup.

Badhade, who completed his AFC ‘A’ License in 2019, brings in valuable experience to the BFC Academy where he will take charge of the U15 squad. Welcoming him to the Bengaluru-fold, Head of Youth Development, Naushad Moosa said, “It’s great to have Sachin as the Head Coach of our U15 side. He is someone who has experience at both the youth and senior level, and it will help him deal with all the youngsters in the right way. We’ve had a lengthy discussion about the club’s philosophy and what is expected from him. He sounded comfortable and understands his role. Given that the U15 level is an important phase for the players, he will play a crucial role in getting the boys up to speed with the tactical aspects of the game.”

Meanwhile, Badadhe who signed a two-year deal with the Indian Super League champions, was excited at the prospect of working at the extensive set-up at Bellary, “I would like to thank the club management for giving me this opportunity. I am excited and all geared up to work with the most professional club in the country. It won’t be an easy job, but I aim to always give my best.”

“I believe a lot in discipline, and that’s one of the key aspects I’ll look to imbibe on the youngsters. Discipline is important both on and off the field, and once we achieve a good level, all things will work for us from there on. That’s what I’ve learnt coaching at the top level and that’s the aim as we want to get as many players to the top level as possible,” added Badadhe, who is hoping to bring in his continental experience handy in helping the youngsters move up in Bengaluru’s player pathway.

Having played football locally in Pune and Mumbai, Badadhe turned to coaching in 2014 with the Maharashtra State Police, before joining Bharat FC (2015-16) as a Youth Coach. The Pune-native went on to train Maharashtra’s U17 (2016) and U18 (2017) teams apart from working with Madhya Pradesh’s Pride Sports FC (2016-17).

His big break came in 2017-18 at Minerva Punjab where he won the I-League title as an Assistant Coach before taking over as the Head Coach in 2019 leading them into the AFC Champions League qualifier and the AFC Cup Group Stage apart from the latter half of the I-League.

While Badadhe takes over as the U15 Coach, Ajay Chorge who guided the team to the Junior League finals last season will take over as the coach of the U13 team which will be fully residential in Bellary starting this season. As part of the youth restructuring, the U18 side will now be based in Bengaluru and will train under Naushad Moosa and Sandesh Bhoite forming a major part of BFC B with a view of getting more competitive action at a higher level. 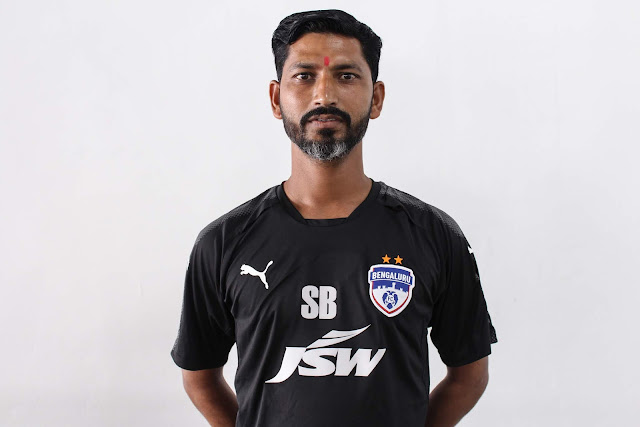 Posted by diegostrikes at 2:38 PM