FC Bengaluru United Media
After their emphatic win in the first game of the BDFA Super Division campaign, Bengaluru United continued the winning run with a 1-0 win over Students Union today at the Bengaluru Football Stadium.
Both teams got off to a slow start. FC Bengaluru United soon took charge, with some aggressive play but were unable to convert any of the opportunities. At the end of the first half, both teams were yet to get on the scoreboard.
Things changed in the second half, Bengaluru United came out with more intent, and started playing aggressively. This attacking strategy paid off in the 50th minute, when Chetan put in a stunning, long dribbling line, artfully dodging any attempts to take possession from him. His shot on the goal was parried by the Union goalkeeper but Jaison pounced on the opportunity - he set up Ronaldo who netted home the goal.
FC Bengaluru United continued pressing while they were unable to convert any more opportunities, their defense held firm to ensure the score line ended 1-0 in their favor. 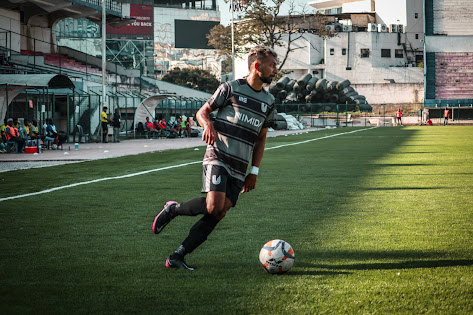 Posted by diegostrikes at 9:53 PM