If sources are to be believed, Karnataka State Referee Association officials did not turn up to officiate the BDFA Super Division league matches today at the Bangalore Football Stadium. This was a decision collectively taken by the referee’s association.

Kickstart were to take on ASC in the day’s first game and Young Challengers Vs MEG were to play the second game.

This decision to boycott the ongoing BDFA Super Division was prompted after yesterday’s game between FCBU and Bengaluru FC where the referees were at the receiving end with pushing and shoving by the club officials and rowdy fans. It all started when Bengaluru players served a series of protests to the referee owing to several decisions in the match that went against their favor.

From organizing point of view, what was missing in yesterday’s game was the lack of security personnel around. When two top title contenders meet, tempers are bound to flare, and sometimes, it will get loud.

Not so long ago, the game between Bangalore Independents and Bangalore Eagles was abandoned in the second half when the later team decided to walk-off owing to a wrong decision by the referee.

Considering such incidents are nothing new in BDFA league, BDFA should have been alert by deploying few police security at the stadium.

Yesterday, after the game got over, several supporters came down from the stand and it looked like a free-for-all battle. The presence of police could have handled the situation in a much-matured manner.

With the league nearing completion (only 11 games left in Super Division), this stalemate will have a cascading effect on the lower divisions (A and B) that were scheduled to start after the closing of Super Division League. 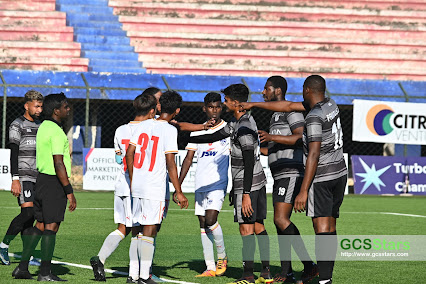 Posted by diegostrikes at 12:07 AM