Udaya Kumar, 61, former HAL and state footballer passed away today morning due to Covid-19 infection. He is survived by his wife and daughter.

Udaya was employed with HAL and took retirement last year. Known for his skills from the left wing, he played for all top clubs in Bangalore, namely Binny, AGORC, CIL before joining HAL in 1981.

Udaya Kumar represented Karnataka state almost in all age groups. While playing for his state in BC Roy Junior Nationals Trophy in 1978, he caught national selectors eye, which earned him a call for Junior India on a China tour in 1979. Unfortunately, the team could not travel to China. Back in domestic competitions, he kept playing for HAL thru the 80s. 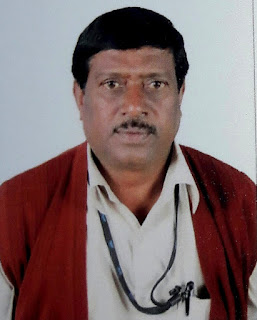 Posted by diegostrikes at 7:07 PM