Syed Shahid Hakim, 82 years, part of the Indian Football team at 1960 Rome Olympics, and son of the legendary football coach SA Rahim passed away yesterday at a hospital in Gulbarga, North Karnataka.
Hakim, who was also a FIFA badge holder referee supervised many international matches. He was employed with Indian Air Force during his playing days. Hakim was part of a Santosh Trophy-winning Services squad in 1960 and went on representing Services at national level from 1960 thru 66. Hailing from Hyderabad, Hakim represented City College Old Boys before joining the Indian Air Force.
Hakim was the former Assistant coach of the Indian National team during PK Banerjee’s time. He coached Mahindra and Mahindra in 1998-99 and guided them to win the Durand Cup in 1998. Also, he coached Salgaocar SC, Hindustan FC, and Bengal Mumbai Club.
He was conferred the Dhyan Chand Lifetime Achievement Award in 2017.
During his last phase of life, he was settled in Gulbarga, helping the growth of football in the district. 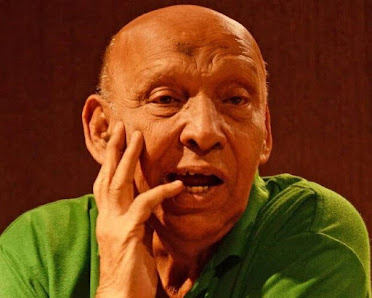 Posted by diegostrikes at 5:36 PM