Bengaluru FC are set to begin their 2021-22 campaign in the BDFA Super Division League with a clash against Bangalore Dream United at the Bangalore Football Stadium, on Wednesday.  Following League victories in 2018-19 and 2019-20, the Blue Colts came close to a third successive title tilt last season, finishing one point behind champions FC Bengaluru United.

With several young players making the step up to the senior team, the Blue Colts have had a rejig to their squad, with several young players being handed a place in the squad for the tournament. “The BDFA Super Division League represents a good opportunity for our players to get competitive games, and from past seasons we know that it is a platform for players to thread a way into the senior team,” said Sandesh Bhoite, who will take charge of the team in Bengaluru.

The Blue Colts, who played two pre-season friendlies ahead of the campaign, went down 3-2 to Bangalore Eagles before defeating HAL 4-3. The League consists of fifteen teams this season, with the entry of Kodagu FC and Jawahar Union. Dream United, who finished the previous campaign in 11th place, were beaten 4-0 by the Blue Colts in this fixture last year. 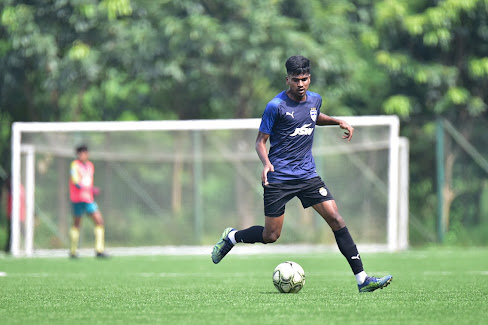