Apparently, Saturday’s final day’s action in the Hero Santosh Trophy South Zone Group A qualifiers is all set to end on a thrilling note.

At 11.30 am, Tamil Nadu (3 points) clash with Andhra Pradesh (0 Pts) and if the former wins, then they will end up with 6 points. However, Andhra, who yielded a 90th minute goal to Karnataka on Thursday, would like to finish on a winning note, thus promising a keen contest.

The much-awaited final game is between hosts Karnataka (6 points) and Telangana (3 points). The hosts just need a draw to advance to the next round. But Telangana will be looking to scalp Karnataka and join the race.

Any three of the four teams are in with a chance to book the sole berth from this group and it all points to an exciting final day’s action though the team In the driver’s seat are hosts Karnataka. 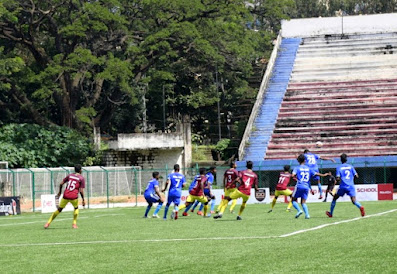 Posted by diegostrikes at 6:24 PM