Karnataka pulled-off a victory against Haryana in a must win game to reach the last four of Khelo India Youth Games. Sarath Rajkumar scored the all-important goal, from a pass from Macarton Louis.
After the loss against Meghalaya on Tuesday, both Karnataka and Haryana  were tied at same points, and the state boys needed a win to qualify.
Karnataka finish the group stage with 6 points behind Meghalaya, they face Mizoram in the semi-final on Saturday, while Meghalaya take on Kerala in the other semi-final. 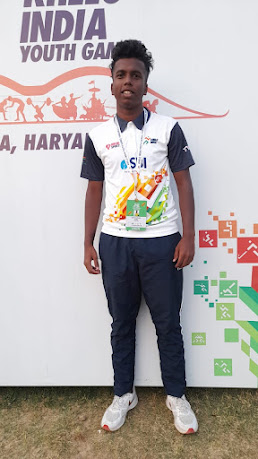