Maintaining an all-win record in Zone A. ASC blanked Bangalore Eagles FC 3-1. But before both teams met in the evening, MEG and Dream United FC played an 1-1 draw, which ensured the other teams from Zone a to qualify for semi-final.

Coming back to the game, ASC boys showed their keenness to score right from the begining. After the resistance displayed by Eagles' defence, ASC managed to open the account in 40th minute from Premkumar Singh. Six minutes later, in the added time, an opportunistic Tony Huidrom scored the second goal.

Eagles got a consolation goal via Immanuel Derricks but not before ASC scored their third goal from Melem Tomthin Metei in 66th minute. 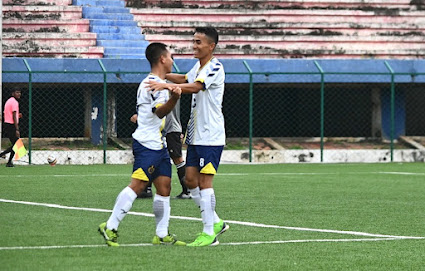 Posted by diegostrikes at 10:16 PM