In their final league game, FC Bengaluru United slumped to their first defeat in the ongoing BDFA Super Division. The 1-3 loss to Kickstart FC put paid to any chances FCBU had of successfully defending their title. The two-time BDFA champions needed a win or a draw to get ahead of Sporting Club De Bengaluru, the current table toppers.

FC Bengaluru United had their chances throughout the game but failed to capitalize on them. Kickstart FC were the first to get on the scoreboard in the 50th minute off a corner. Nineteen minutes later a moment of brilliance from Irfan Yadwad, who had missed a series of easy chances, saw FC Bengaluru United equalize. However, a defensive error in the 72nd minute saw Kickstart FC edge 2-1 ahead. Six minutes later FC Bengaluru United earned another chance to equalize but against the run of play, Yadwad missed the penalty shot. Mohamed Kdouh scored off the rebound only for it to be declared offside. FCBU scrapped hard but were unable to convert any of the chances they created, Kickstart managing to sneak in one more goal, before end of play. 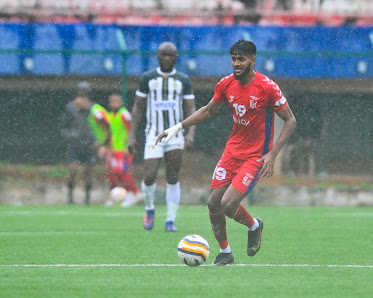