As many as nine players were involved in a goal fest as Karnataka boys rout Tripura 10-0 in their fourth group game of 76th Santosh Trophy played at the Jawaharlal Nehru Stadium, Delhi today.

Tripura has failed to mark an impression thus far and managed only a point from their earlier three encounters.

Shelton Paul opened the account for Karnataka as early as second minute of the game. It was literally a goal thrashing and Tripura defence was in shambles. Shelton completed his brace while the first half ended in 5-0 margin. The onslaught continued after changing ends and Karnataka scored another set of 5 goals.

With an all-win record Karnataka lead the points table. They will play their final league game against host Delhi on Saturday, December 31. 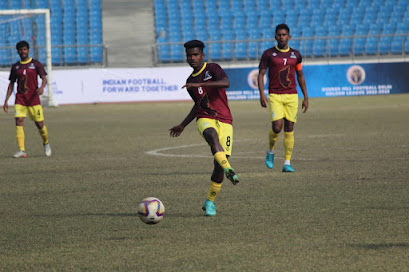 Posted by diegostrikes at 7:35 PM