Roots Football School started their season with a 6-1 win in their first home match against SportHood in the Hero Sub-Junior League at the Padukone-Dravid Center of Sports Excellence.

Gavin Rasquinha scored the first goal for Roots FS off a free kick in the fourth minute. Leo Saiju equalized within few minutes later. Samrudh Sharan tapped in a cross from Riki to restore the lead for Roots. Gavin went on to complete a hat trick in the first half, and added another to his tally in the second half. Agasthyaa Thakur scored in the dying moments to make it six for Roots. 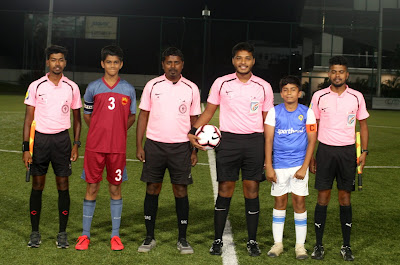 Posted by diegostrikes at 4:50 PM