Bengaluru FC U12 side bagged the KSFA Youth Premier League title with a 3-0 win against Roots Football Schools, joining the U8s and U10s as Champions of their respective age groups in the competition, at the Bengaluru Football Stadium, on Sunday.

Yesterday, in the U17 age category final, Stadium FC defeated Bangalore Soccer Galaxy with a same margin of 3-0.

The U8 and U10 age category got completed few weeks back with Bengaluru FC grabbing both the caregory. 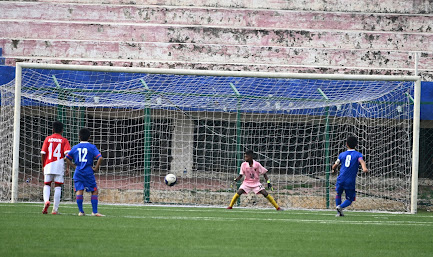 Posted by diegostrikes at 11:23 PM